10 Facts to Know About Guinea

As many of you know, Mission Partners For Christ is preparing to head to Guinea for our next medical missions trip – and we cannot wait! We are going to be serving a people group of more than 13,000 souls that are unreached with the gospel. We will provide health screenings, treatment, and health education during our time in Guinea.

For those who are joining us – or those thinking of joining us – it might be fun to learn a little bit about this area first. So here is a quick primer on the beautiful nation known as Guinea!

1. Guinea is a diverse nation

While the official language of Guinea is French, the country is also home to multiple language groups. While there, you might hear the following languages: Fulani, Susu, and Mandinka.
source

In a nation where the dominant faith is Islam, it is unsurprising to discover that the fourth largest mosque – the largest in Sub-saharan Africa – is located in Conakry, Guinea, the capital city of the nation. The Grand Mosque of Conakry (also known as La Grand Mosquée de Conakry in Guinea’s official French language) opened in 1982. It features 2500 spaces on the upper level for women, 10,000 spaces on the lower level for men, and an additional 12,500 outside to accommodate bigger crowds. Source

3. Guinea Has Been an Independent Nation for Nearly 70 Years

Guinea became an independent country in 1956 under the leadership of President Ahmed Sékou Touré, but it was a long time coming. French, Portuguese, and British colonizers created the slave trade in the 15th century, which impacted Guinea until the 19th century. In 1891, Guinea became a French colony and was eventually adopted into the French West African Federation in 1906 before its eventual declaration of independence in the 1950s.
Source

While many might be struck by the vivid colors in Guinea’s national flag, it may not be common knowledge that each color symbolizes something about the nation’s identity. According to former President Sékou Touré,

5. Guinea Is Rich in Minerals

One fun fact you may not have been aware of is that up to one half of the world’s bauxite reserves are found in Guinea. The rest of the world, including the USA, relies heavily on the ability to import minerals like bauxite for their in-country aluminum production. Bauxite isn’t the only mineral in this West African nation; high-grade iron ore, diamonds, and alluvial gold are also highly sought-after resources. As of 2007, uranium has also been discovered in Guinea.
Source

6. Guinea Is Famous For Its Luxurious Beaches

The coastline of Guinea goes on, seemingly, forever. It spans a distance of 200 miles (or 320 km) and features well-known beaches such as Cape Verga, Sobane Beach, and Bel Air Beach. If you really have the itch to explore, you can take a ferry and travel a little distance off the coast of Corakny. You will also find the famous îles De Los, which has become popular with tourists in recent years. Known for its beaches and forests, Îles De Los will leave you with a sense of awe.

7. Much of Guinea is Protected Space

Nearly 36% of the nation’s landmass is considered protected territory, which preserves much of Guinea’s indigenous plants and wildlife. Within these protected spaces, you can find several national parks:

8. Despite Its Wealth of Natural Resources, Guinea Remains One of the World’s Poorest Countries

According to The Borgen Report,

Causes of Poverty in Guinea, The Borgen Report

There are multiple causes for the levels of poverty seen in Guinea, such as:

9. Guinea Is Famous For Its Artistic Spirit

Music is deeply connected to the heart of Guinea culture. Famous for originating certain musical instruments, like the kora, and styles like Manding Music (The traditional music of the Susu people). Guinea is also home to famous recording artist, Mory Kanté.

10. The Gospel Is Needed in Guinea

As previously noted, the majority religion in Guinea is Islam, making up 85% of the population, while Christians make up 8% of the Guinea population. Another 7% hold to indigenous beliefs.

This final point brings us back to why we are going.

Mission Partners For Christ longs to share the love of Jesus with those who have yet to meet Him. Through our health clinics, we pray that our patients will experience that love. They will learn that there is a God who loved them enough to send His Son, Jesus Christ, for them and that they are worthy of access to healthcare and health education.

We hope you will consider joining us on this trip to experience this beautiful nation and the people who call Guinea home.

To learn more about where we are going and how we plan to serve the people of Guinea, we invite you to check out our volunteer page. There you will learn all the relevant details: the travel dates, the cost, the location, and our Covid-19 precautions.

We hope to see you in Guinea! 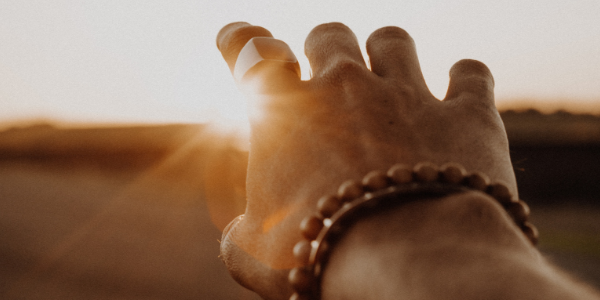 God Calling You To Missions?

We can help!
Get Instant Access To  Our Free Fundraising Letter Template!

You have Successfully Subscribed!